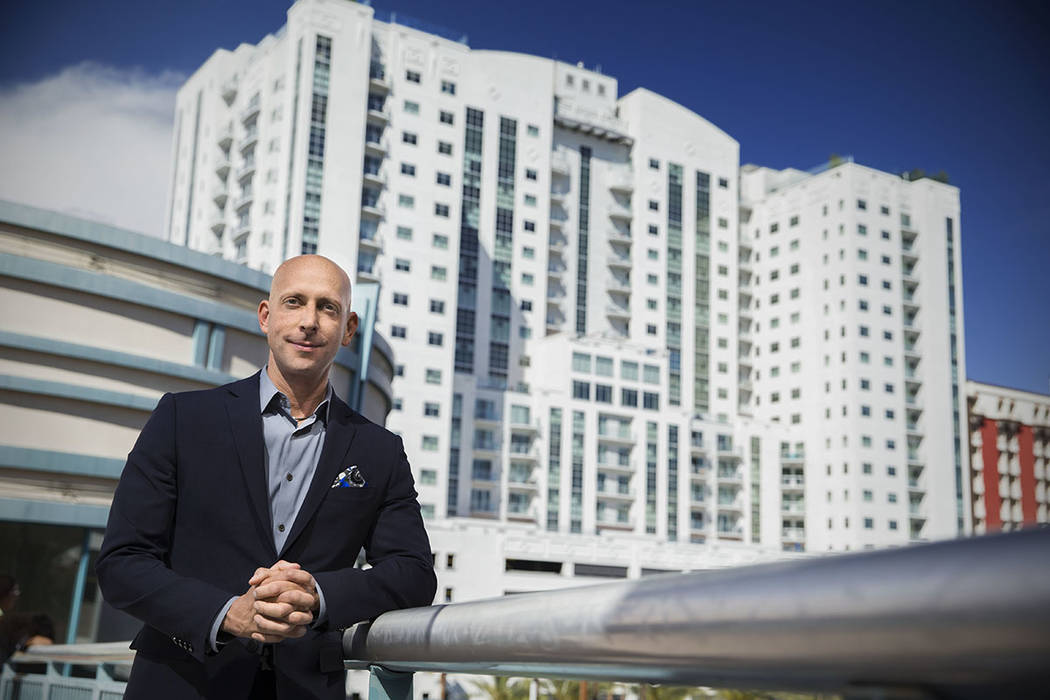 The high-rise condo market in Las Vegas is on pace to surpass yearly sales again, according to new research.

And the strong high-rise closings have prompted more condo owners to put their units on the market at higher prices than the market has been paying in recent years.

Those are the latest trends to be gleaned from a high-rise condo and luxury home report issued by research firm Applied Analysis.

Through the first three quarters of 2018, Las Vegas posted 659 sales in 21 high-rise developments tracked in the Applied Analysis report, a 7 percent increase over the 615 during the first nine months of 2017.

The high-rise closings include resales by owners and developer units because many were built in the past decade before the Great Recession and never sold.

Applied Analysis principal Brian Gordon said that the luxury high-rise residential market has had sales volumes that have been “relatively consistent, and prices have firmed up.” Several projects continue to fetch sales prices that are below the original cost of construction, he said.

“With the development of new projects expected to remain limited in the near term, additional upward pressure on prices is likely to prevail,” said Gordon, who added there is less than a five-month supply of high-rise condos on the market.

“National economic fundamentals should be viewed as a positive, particularly for those seeking a second or third home in a turnkey high-rise property in Las Vegas,” he said.

Applied Analysis reported there were 341 units on the market at the end of September with an average price of $912,709, or $589 per square foot. By contrast, the average price of units sold in the third quarter was $496,658, or $375 per square foot. The first quarter of 2018 had one of the best average prices at $583,008, led by 30 closings averaging $1.4 million, or $984 a square foot, at the former Mandarin Oriental. It has been sold for $214 million to the billionaire founders of Panda Express and has been rebranded as a Waldorf Astoria.

The property had 18 available units on the market averaging $3.3 million, or $1,503 per square foot, at the end of September, according to Applied Analysis.

In the high-rise condo market, Panorama Towers has led the way in sales this year with 69 through the first nine months. There were 25 in the third quarter with an average price of $574,000, or $397 a square foot.

Another one of the beneficiaries has been DK Las Vegas, which acquired a portfolio of more than 1,300 condos in 2013, including The Ogden and Juhl in downtown and One Las Vegas on Las Vegas Boulevard South.

The group closed on 138 of the 659 units in the first three months of 2018, or 21 percent of the total 21 towers monitored, according to Applied Analysis.

One Las Vegas reported that it sold a 2,854-square-foot penthouse this year for $1,161,900, the equivalent of $407 per square foot. The sale, made to a California resident, is the most expensive residence sold to date in the entire portfolio, according to Uri Vaknin, a partner at KRE Capital.

“Panorama and One Las Vegas have done so well, and it’s 100 percent due to the proximity of the Raiders (stadium),” Vaknin said. “Even if you are not a Raiders fan, you see the value. We have an uptick of Bay Area buyers, particularly at the One.”

MGM Signature, a condo-hotel, on the far south end of the Strip has had 62 closings this year. Nearby Veer Towers in CityCenter had 45 closings.

The Waldorf Astoria has 18 listings with an average price of $3.3 million, or $1,503 per square foot, the highest price per square foot for any Las Vegas high-rise.

“The ones that sold there in the first half of the year, the average 1,459 square feet, and the ones currently listed are 2,224 square feet,” Vaknin said. “If you look at all the trends across the board, everyone said all of these properties had such great sales, let’s jack up the prices. It will be interesting to see what they close at.”

There is room for appreciation because of the lack of inventory and desire to live in a condo by young professionals and empty nesters and those nearing retirement. Rising interest rates could make some people fearful, but that won’t have much of an impact by costing an extra $20 to $40 a month, he said.

Vaknin said that 30 percent of his buyers are from California and those buyers aren’t price-sensitive. A price of just under $500 a square foot in California is what someone would buy for an unimpressive condo outside the major markets. About 50 percent are local buyers, he said.

Between 2014 and 2016, most Las Vegas high-rise condos were under $300 a square foot, Vaknin said. He said his company helped bring financing back to the market.

One of the factors that kept prices depressed for many years is that a buyer either had to pay cash or put a significant amount of money down, Vaknin said. That has loosened up, and buyers can purchase a condo in a building if they are a primary homebuyer with 5 percent down, he said. If they are secondary homebuyers, the figure is 10 percent down, and investor buyers need 15 percent down.

“We have not seen that since 2008,” Vaknin said. “It’s a very exciting time right now for real estate and condos, and particular in Las Vegas. Any idea that there is a bubble, because people were buying condos for several hundred dollars more a square foot before the recession, isn’t true. The last time, (before) the recession, these buyers were buying with 100 percent financing and investors, who weren’t living in the homes, and there were few cash buyers. What we are seeing right now is 38 percent of our buyers are buying with cash. You can’t foreclose on cash, and we aren’t seeing people buy to flip it.”

One 64-story condo-hotel tower where sales have picked up is Trump International Las Vegas, a joint venture between the Trump Organization and casino owner Phil Ruffin that opened in 2008.

“I see the market going in a positive direction with the growth of the city,” said Nicole Milner Breen, vice president and broker for Trump International Las Vegas. “The impact of the Golden Knights and Raiders coming to the city and the expansion of the Las Vegas Convention Center and variety of activities coming in is drawing attention to the Strip.”

Last year, Breen said, she saw more second-home users than people who place their units solely in the hotel’s rental pool. There are 1,282 units in the building, and about 115 units remain for sale, Breen said.

“We’re pretty close to a sellout for the tower,” Breen said, adding they have sold 35 developer units this year. “We’ve been steady. In 2017, we sold 42 developer units. I’m on pace to hit that number or exceed that number based on what we see traditionally at the end of the year.”

Breen said the presidency of Donald Trump hasn’t affected sales one way or another. People are buying a condo lifestyle on the Strip.

The building was sold out when it opened, but because of the recession, only about 10 percent of the units closed, Breen said.

“Since then we are about 85 percent sold now,” Breen said.

In musings about the condo market, Vaknin said it will be interesting to see what impact the brand change has on the former Mandarin Oriental. It has had an Asian influence with artworks by Asian artists, and there are questions how that will work with the Waldorf Astoria brand, which is a storied New York City prewar brand.

“I think the Waldorf Astoria does a great job,” Vaknin said. “I think there will be some confusion on the front-end, but once they figure it out, it won’t affect them in any way whatsoever. It may help them. If you look at Beverly Hills right now, next to the Beverly Hilton they built a new Waldorf Astoria, which is spectacular. That is the where the brand is going. For people coming from other markets, they understand that.”

Among other high-rises, there have been 91 closings this year at Turnberry Towers and Turnberry Place through September.

For years, residents of Turnberry Place were hindered in selling their homes because the Stirling Club had been closed since 2012. It was purchased by DK Hospitality earlier this year for almost $12.4 million, according to John Katsilometes of the Las Vegas Review-Journal.

With the adjacent Fontainebleau resort and casino mothballed from the recession, no one knew what was going to happen and whether the building would be torn down, Vaknin said. In 2017, New York developer Steve Witkoff bought the property and renamed it The Drew, which will reopen in late 2020 when construction is completed.

“While they have not provided what the full program of The Drew will be, people have a sense of comfort that it will be a fully operational building and not going to torn down,” Vaknin said.