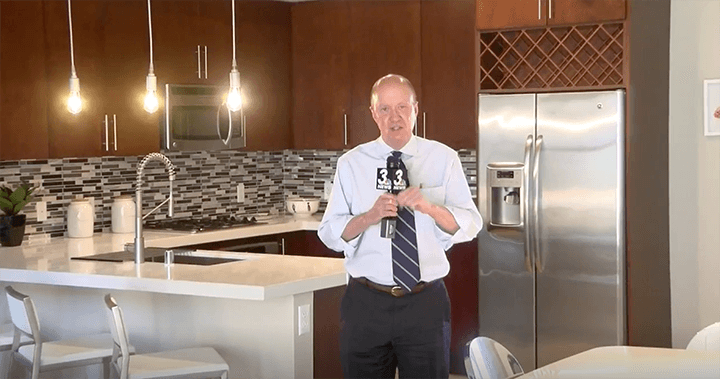 LAS VEGAS (KSNV) — It’s the other segment that is sizzling, as I saw at Juhl, a condo development in downtown Las Vegas.

Inside, I’m getting a tour from Uri Vaknin, the principal of KRE Capital LLC, whose company owns Juhl and a portfolio of other local properties.

“It’s been incredible,” Vaknin says. “Ever since vaccinations really started rolling out our sales have shot up unbelievably. In the past month and a half we’ve done 16 sales, we have several more contracts in the works, that’s about $7 million worth of condo sales.”

That’s a monthly sales record at this upscale, downtown high rise with more than 340 units. But in the housing market of 2021, not unusual.

We’ve already told you homes are selling fast; so are condos.

Aldo Martinez, with Las Vegas realtors, tells me, for a buyer, it makes sense.

“Once the affordability factor on the single-family residential detached escalates to a point where they can’t afford it, that’s the next housing option for them,” Martinez, LVR’s president, told me.

According to LVR numbers from March, the latest median price of a condo is now $194,000, up about 5% from a year ago. In this market, where the median home price is now $363,000, condos are relative bargains. It’s why condo sales are up 38% from February and up almost 40% from a year ago, a jump higher than single-family homes.

“It becomes your entry-level ‘let me get into homeownership so I can have some equity-type investment,” says LVR’s Martinez.

At Juhl, the model I’m looking at has already been sold. It’s called a “Pen-terrace,” part penthouse, part terrace, 1,500 square feet with a listing price of $499,000. Not cheap, but then Vaknin’s buyers can afford it. 40%, he tells me, come from out of town, and many of them from California, bringing their bank accounts with them.

“40% of our buyers are paying cash, and when you have that many people paying cash, that doesn’t suggest a bubble,” says Vaknin. What it suggests, he says, is a more durable recovery, that could keep this housing market sizzling.

“What I always used to say is you can’t foreclose on cash. So those people aren’t going to give up their homes,” Vaknin says.

“I think condos are selling more now because people are seeing more value in condos right now than they are in the single family house market,” he says.